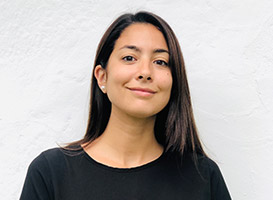 Julieta Bertolini joined the GSG Policy Team as Policy Analyst in January 2020. Julieta holds a BA in Political Science and Government from the Torcuato Di Tella University (UTDT) in Buenos Aires. Before joining GSG, she briefly worked at the Buenos Aires City Government as a member of the Gender Equality Strategy, focusing on designing and monitoring policies to improve women’s economic and decision-making autonomy. She also developed a guideline to include sex- and gender-disaggregated data in the Government’s open-data sources. She began her career in the academic field, where she spent almost 3 years working remotely as research assistant for the University of California, Berkeley. Her main topics of research were social, labour and pension policies and the relationships between governments and unions during “new-left” governments in Latin America (2000-2017). Prior to this, as an undergrad student, she did short internship programmes at Argentina’s National Ministry of Justice and Human Rights and  National Congress, and she worked as volunteer in different NGOs based in Buenos Aires, most notably at Chequeado, a fact-checking journalism site committed to the right to free access to public information and truthfulness in public discourse. She is teaching assistant (TA) at Torcuato Di Tella University, where she lectures on Contemporary Political Theory and Latin American Politics and Society. She speaks Spanish, English and German fluently, and has skills in Portuguese.