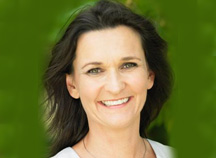 Raewyn took on the role of trust manager at WEL Energy Trust in August 2014, and has come from a background in a range of management and front line communications, marketing, relationship building and strategic planning roles in sectors including business, education and tourism. A degree in Management Studies and Japanese from the University of Waikato led to a variety of posts including Japanese speaking tour guide, personnel consultant and later a career in education where she was subject leader for Japanese for at the University of Central Lancashire in the UK for over 10 years and completed a Masters in Education. Upon returning to New Zealand, Raewyn led the operations of the Cambridge Chamber of Commerce as CEO, where she worked to positively influence business vitality in the region. Her relationship building skills and ability to communicate with a range of stakeholders are key in her current role which is centred on the working with the Trustees and the WEL Energy team towards achieving the Trust’s core purpose: “Growing investment for our community”.