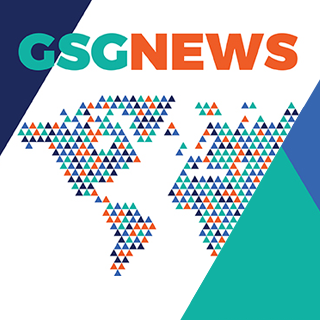 It is my pleasure to be writing to you at the beginning of the New Year to update you on the progress the GSG and the global impact movement have made over the last few months.

Our 2019 Impact Summit was held, as planned, on 18-20 November, and turned out to be our most powerful Summit so far.  As you know, the Summit was moved from Santiago to Buenos Aires in just three weeks, because of the unrest in Chile. It attracted over 500 global impact innovators from more than 40 countries and laid the ground for an acceleration of impact investment’s spread and the shift to impact economies.

The Summit saw the launch of The Impact Revolution Toolkit: A Set of Action-Guides which define how we work together to raise awareness, create market intelligence, change policies, and catalyze new initiatives to advance impact investment. We also released an important publication, the Transition to Impact Economies: A Global First Compendium of 20+ Country Overviews, which compiles data, country by country, providing essential information about the state of each national impact investment market.

Immediately following the Summit, Alejandro Preusche, Krisztina Tora, Maria de los Angeles and I traveled to Santiago to participate in a GSG Workshop hosted by the Chile Foundation. It was a remarkable event that brought together more than 150 people. The GSG Workshop focused on designing policy recommendations and initiatives to help the Chilean government address some of the issues driving the protests, including youth unemployment and income inequality.

Following in the footsteps of Canada, Brazil, Singapore, South Africa and the UK, India and Italy have taken their first steps in setting up Social Stock Exchanges (SSE). The Securities and Exchange Board of India (SEBI) has formed a Working Group tasked with bench-marking successful SSEs and designing the framework for their exchange. In Italy, Torino Social Impact has setup a similar Working Group along with Universities, Foundations, and Enterprises.

Our US NAB, the Impact Investing Alliance, announced in December, a new and important initiative, the Tipping Point Fund.  This is a $12.5 million grant-making pool, led by Fran Seegull CEO of the US NAB, to help scale the US impact investing movement. Nine inaugural donors participated in launching the fund, each of which is committed to building the infrastructure to ensure that the market continues to grow while preserving impact integrity.

The year ended with the United Nations Climate Change Conference – COP25 – which was shifted from Santiago to Madrid, and held there, 2-13 December 2019. Thousands of leaders including heads of state, environmental organisations, entrepreneurs, and scientists gathered there. Our Spain NAB received an official invitation from the Spanish government to attend the conference.  They hosted a session on Impact Investment with Climate Focus in the prestigious Blue Zone, restricted to official delegations, and participated in several high-level meetings.

Our Spanish NAB took the opportunity of COP25 to launch, SOBRE EL IMPACTO, the Spanish version of ON IMPACT.  The Brazilian Portuguese and Hebrew versions are all set to be published in coming weeks, to join the already released Chinese and Bengali translations.

This year’s summit, our first GSG Pan-Africa Impact Summit, will be held in Johannesburg between 9-12 September. Please save the dates, early bird registration will open shortly.  I very much look forward to seeing you there, to bring impact investment to Africa and celebrate global progress to Tipping Point 2020.

I send you my warmest wishes for a healthy, happy and spectacular New Year.

All the very best,