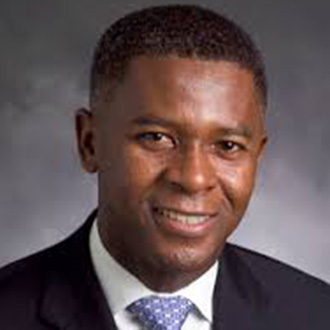 John L. S. Simpkins is VP Aspen Global Leadership Network at the Aspen Institute. Prior to that, he was an executive with Prisma Health, where he led collaborative, evidence-based efforts to promote health innovation, access, and equity. He also is a Senior Lecturer at Duke Law School. John was appointed to the Senior Executive Service in the Obama Administration where he served as general counsel for the U.S. Agency for International Development and deputy general counsel for the White House Office of Management and Budget. Before joining the government, he was of counsel with Wyche, P.A., visiting assistant professor of law at the University of Victoria, and an assistant professor at Charleston School of Law. He continues to work as a consultant and researcher in comparative constitutional law and constitutional design. John received his AB in government from Harvard College and a JD and LLM in international and comparative law from Duke University School of Law. He is a Fellow of the fourth class of the Liberty Fellowship.