The GSG Board of Trustees is comprised of ten Trustees, including a Chair and Vice Chair. Together, these leaders represent eight countries and four continents.

The global leadership of our Board is crucial to our movement’s success. Our Trustees bring the innovative vision and energy they have demonstrated in their home countries to leading our global movement. Learn more about their work by clicking on their profiles below. 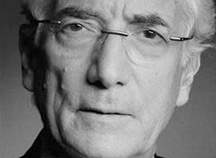 Sir Ronald Cohen is Chairman of the Global Steering Group for Impact Investment and The Portland Trust.  He is a co-founder director of Social Finance UK, USA, and Israel, and co-founder Chair of Bridges Fund Management and Big Society Capital.

For nearly two decades, Sir Ronald’s pioneering initiatives in driving impact investment have catalyzed a number of global efforts, each focused on driving private capital to serve social and environmental good. These efforts are leading the global impact investment movement towards an Impact Revolution.

He chaired the Social Impact Investment Taskforce established under the UK’s presidency of the G8 (2013-2015), the Social Investment Task Force (2000-2010) and the Commission on Unclaimed Assets  (2005-2007). In 2012 he received the Rockefeller Foundation’s Innovation Award for innovation in social finance.

He is a graduate of Oxford University, where he was President of the Oxford Union and serves as an Honorary Fellow of Exeter College.  He has an MBA from Harvard Business School to which he was awarded a Henry Fellowship.

In 2007, Sir Ronald published: The Second Bounce of the Ball – Turning Risk into Opportunity and today is authoring a book on the “Impact Revolution.” 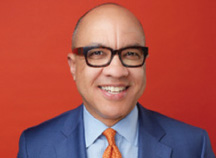 Darren Walker is president of the Ford Foundation.  Before joining Ford, Darren was vice president at the Rockefeller Foundation, overseeing global and domestic programs including the Rebuild New Orleans initiative after Hurricane Katrina. In the 1990s, as COO of the Abyssinian Development Corporation—he oversaw a comprehensive revitalization strategy, including building over 1,000 units of affordable housing and the first major commercial development in Harlem since the 1960s. Earlier, he had a decade-long career in international law and finance at Cleary Gottlieb Steen & Hamilton and UBS. Darren co-chairs New York City’s Commission on City Art, Monuments, and Markers, and serves on the Commission on the Future of Riker’s Island Correctional Institution and the UN International Labor Organization Commission on the Future of Work. He also serves on the boards of Carnegie Hall, the High Line and the Committee to Protect Journalists. He is a member of the Council on Foreign Relations, the American Academy of Arts and Sciences and the recipient of thirteen honorary degrees and university awards, including the W.E.B. Du Bois Medal from Harvard University. 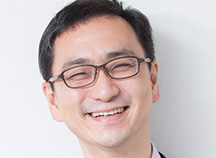 Masataka UO is the Vice Chair of the Japan National Advisory Board for the Global Steering Group for Social Impact Investment. He is also the founder and CEO of Japan Fundraising Association, a nationwide platform that promotes social impact investment and philanthropic giving in Japan, and the founder and CEO of Fundrex.Co.Ltd, a leading consulting company for social impact organizations. The Social Impact Center at the Japan Fundraising Association is performing a pivotal role in creating Social Impact Bonds projects, facilitating Social Impact Measurement Initiatives and advocating a dormant bank account utilization policy.

Aside from serving at the Economic Cooperation Bureau of the Ministry of Foreign Affairs of Japan, he also worked for Japan International Cooperation Agency (JICA) 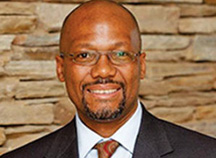 Elias Masilela is the Executive Chair of DNA Economics, Commissioner of the 1st & 2nd National Planning Commission and the Chair of the South Africa National Advisory Board on Impact Investing. Elias holds a BA in Social Science from the University of Swaziland, MSc in Economic Policy and Analysis from Addis Ababa University as well as several professional certificates with Harvard University. Elias chairs several entities in South Africa, including V&A Waterfront, Absa Asset Management and Capital Harvest. He sits on the boards of Multichoice Group, Multichoice SA, Alternative Prosperity Holdings, Future Planet Capital in London, Strate, Absa Financial Services as well as Eskom Pension and Provident Fund. 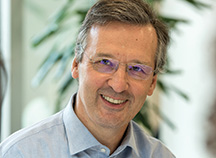 Nick O’Donohoe is Chief Executive of CDC and is also a member of the CDC Board. He was previously a Senior Adviser to the Bill and Melinda Gates Foundation where he specialised in the use of blended finance models. Prior to taking this role, Nick co-founded, Big Society Capital (BSC). He served as its Chief Executive Officer from 2011 to December 2015.

Previously Nick worked at JP Morgan, as Global Head of Research. He was a member of the Management Committee of the Investment Bank and the Executive Committee of JP Morgan Chase, as well as the senior sponsor for JP Morgan’s Social Finance Unit. Nick co-authored “Impact Investments: An Emerging Asset Class”, published by JP Morgan and the Rockefeller Foundation. Prior to JP Morgan, he worked at Goldman Sachs.

Nick has an MBA from the Wharton School and a BA in Mathematical Economics and Statistics from Trinity College, Dublin. 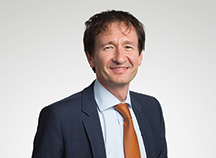 Uli is Deputy Director – Equity Investments at European Investment Fund (EIF). In this capacity he oversees EIF’s activities in Impact Investing, Technology Transfer and Venture Capital. He has led the build-up of the Social Impact Accelerator (SIA), the first pan-European social impact investing fund-of-funds and has brought impact investing as a new business line of EIF mainstream, with currently four impact investing product lines under management.

From 2010 to 2012 Uli conducted a 20 months research project on impact investing in collaboration with IESE University of Navarra in Barcelona and the Family Office Circle Foundation based in Switzerland, analysing best-market-practices for impact investing in the private equity and venture capital space. He is a visiting Professor for Venture Capital and Impact Investing at IESE University and regularly publishes articles and white papers. Uli is also chair of the European Impact Investing Luxembourg think-tank platform (www.eill.lu) and member of several expert groups on impact investing and impact metrics across Europe. Uli holds a Master’s degree in Business and Finance of the University of Graz. 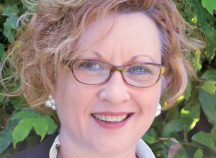 Rosemary is Executive Director of Impact Strategist and established and Chairs the Australian Advisory Board on Impact Investing and Impact Investing Australia, which have led field building for impact investing in and from Australia since joining the Social Impact Investment Taskforce in 2013.

Over a 30+ year career, Rosemary has held senior roles across sectors, including as an equity partner at Allens-Linklaters, at leading community organisation The Smith Family, in Victorian Government leading national reform and in the Australian Government leading the first social innovation unit (2010-13).  She is widely published on policy, innovation and impact investment.

Rosemary is an experienced Chair and Director with a law degree (First Class Honours), the New York Bar (1995), Australian Institute of Company Directors diploma (2002) and international accreditation as a broker of cross-sector partnerships (2005). She has been recognised as one of the world’s leading lawyers (Chambers Global 2000-2002), for contributions to innovation AFR/Westpac 100 Women of Influence (2015), and was a finalist for Thought Leader of the Year in the Women in Finance Awards (2017). 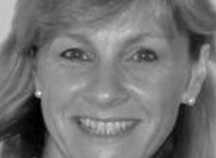 Nicola has spent the last 12 years in the not for profit sector, with a particular focus on improving outcomes through sustainable economic development and social impact investment.

Since October 2015, Nicola has been exploring the role impact investment tools might play to help create solutions at scale to the global refugee and migration challenge. This follows nearly eight years as CEO of The Portland Trust, a British non profit ‘action tank’, working with a range of partners to help develop the Palestinian private sector and relieve poverty in Israel through entrepreneurship and social impact investment. Previously Nicola worked as a lawyer, specialising in media and copyright. Between 1995 and 1999 she lived in South Africa. In 1998 she headed up the legal team which bid for and won the first private South African free to air terrestrial television license, subsequently launching e.tv in a record breaking six months. Prior to specialising in media, Nicola worked as a corporate lawyer at Linklaters in London and Paris.

Interspersed with her legal career, Nicola worked in reconciliation and coexistence. In addition to compiling a report for the Truth and Reconciliation Commission in South Africa, she was a trustee (2001-2003) of the Jewish Council for Racial Equality. She has been a governor of the Hebrew University (2010-2013) and a Board Member of Seeds of Peace (2011 – 2014) and the Eastern Mediterranean International School in Israel (2013-15).

Nicola is a founding shareholder of Social Finance Israel and currently a Trustee of each of The Portland Trust, The Institute for Jewish Policy Research, The Global Steering Group for Impact Investment, Mercy Corps Europe and Rothschild Foundation (Hanadiv) Europe.

Nicola is a graduate of Cambridge University. 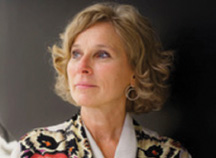 During her political career, she has been mostly engaged in international relations, cultural affairs, human rights, youth policies, sport and environment. She has developed close cooperation with other multilateral organizations, such as UNESCO and WADA (World Anti-Doping Agency), whose creation she has successfully advocated for. 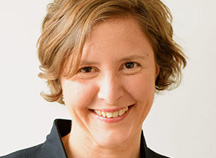 María Laura Tinelli is the Director and Founder of Acrux Partners (www.acruxpartners.com), an impact investment intermediary and market developer focused in South America. She founded and heads the Impact Investment National Advisory Board for Argentina, Uruguay and Paraguay. She is an Investment Committee Member for NXTP Impact Investment Fund in Latin America. Together with Social Finance UK, Acrux and the IADB has structured the first Social Impact Bond for Argentina in 2018, and is currently working on the second one. She currently serves as Impact Investment advisor to the UNPRI.