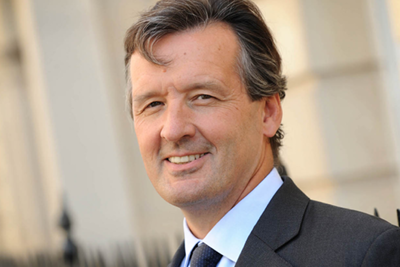 Former Chair of UK NAB, Senior Advisor on Blended Finance to Bill and Melinda Gates Foundation
Nick O’Donohoe joined the Bill & Melinda Gates Foundation in January  2016 as Senior Adviser for Blended Finance, where he originates, executes  and manages blended finance transactions. Between 2011 and 2016, Nick served as the founding Chief Executive of Big Society Capital. Nick helped to produce the blueprint for the government-backed social investment wholesaler and became its chief executive when the organisation was launched. Prior to that Nick was Global Head of Research at JP Morgan. He was responsible for the firms Equity, Credit, Interest Rate, FX and Commodities research groups in addition to the firms Economics research department. He was also a member of the Management Committee of the Investment Bank and the Executive Committee of JPMorgan Chase. Prior to joining JPMorgan Nick worked at Goldman Sachs where he served as Resident Manager of its Zurich office, Head of Alternative Investments in Europe and Head of International Marketing at GSAM. While at J.P. Morgan, Nick was also the senior sponsor for the firms Social Finance Unit, which invests in and delivers capital markets services to Social Enterprises around the world. He is a board member of the Global Impact Investing Network (GIIN). Nick has a B.A. in Mathematical Economics and Statistics from Trinity College, Dublin, Ireland and an M.B.A. from the Wharton School, University of Pennsylvania.
Categories: