Net Zero pledges are on the mind of companies and investors, and one of the best routes to success is for these actors to consider new and innovative technologies. This post outlines three trending technologies – green hydrogen energy, floating solar power, and bioenergy – that tackle the Sustainable Development Goal (SDG) 7: Affordable and Clean Energy, which aims to ensure access to affordable, reliable, sustainable, and modern energy for all. The industry outlook followed by examples of fascinating applications explain why these sustainable technologies are the mainstay of the energy transition. 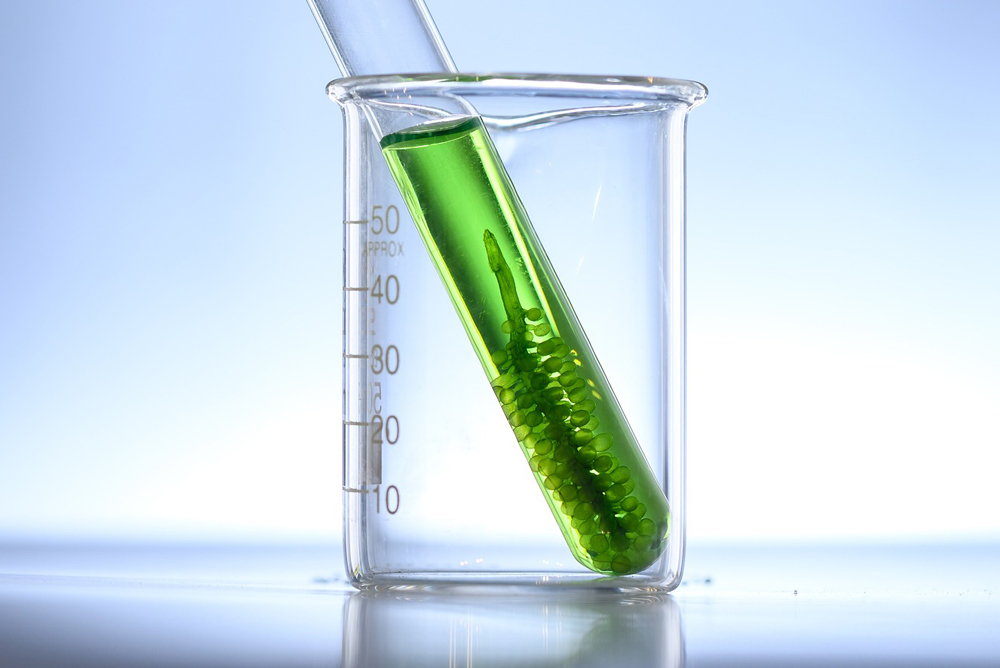 Green hydrogen is hydrogen created by renewable energy or from low-carbon power. It is thought of essentially as ‘emissions-free.’ Considered the most abundant material in the universe, research predicts that hydrogen will play a significant role in helping societies meet the world’s future energy demands. PwC predicts a steady growth of green hydrogen demand, which will accelerate from 2035 onward. Hydrogen demand by 2050 is expected to grow even further, depending on global climate ambitions, energy-efficiency measures, direct electrification and the use of carbon-capture technologies.

The International Energy Agency (IEA)’s Global Hydrogen Review 2022 details policy support to drive new and cleaner uses of hydrogen in heavy industry and long-distance transport. It projects that the encouraging developments in hydrogen technologies include an expected six-fold increase by 2025 in global manufacturing capacity of electrolysers, which are necessary to produce low-emissions hydrogen from renewable electricity. Goldman Sachs further projects that green hydrogen would become pivotal to the utilities and energy industries. It analysed that green hydrogen has the potential by 2050 to turn into the largest electricity supplier, with power demand in Europe set to double by 2050.

Turns out there are already some promising innovations already centred around this fuel source. The US startup ElektrikGreen is a residential and commercial hydrogen provider, which created the at-home electric vehicle charging solutions using hydrogen fuel. In another example, Dutch designer Studio Mom and Australian hydrogen fuel startup Lavo launched the world’s first Hydrogen-powered e-bike, designed to take advantage of the higher energy-to-weight ratio offered by hydrogen fuel cells. Airbus’s ZEROe concept aircrafts aims to be the world’s first zero-emission commercial aircraft, powered by hydrogen combustion through modified gas turbine engines. The tech is expected to achieve a mature readiness level by 2025.

Floating solar or floating photovoltaic (FPV) are solar panels mounted on a body of water. Compared to traditional ground-mounted and rooftop solar, the floating solar power system has a significant benefit in that it does not take up valuable space on land. The World Bank’s report analysing the floating solar market highlights that floating solar technology is paving the way for significant global expansion of solar energy use, especially in densely populated and land-constrained countries. The report estimates the global potential of floating solar to be 400 GW, approximately equal to the total capacity of all solar PV installations worldwide at the end of 2017.

Not only is its benefit maximising land usage, an analysis on the FPV by the International Finance Corporation (IFC) also points out that another significant benefit of floating solar is that bodies of water exert a cooling effect, which improves the performance of solar PV panels by 5–10%. It predicts the potential for further growth in floating solar PV power would be significant, particularly emphasising the promising results of combining hydropower generation with floating solar panels.

Floating solar is rising as a popular renewable energy system particularly among small island nations which are acutely threatened by climate change, especially increases in sea level. Swimsol is a solar power system provider in the Maldives, which launched the world’s first floating solar solution for the sea. Partnering with LUX* South Ari Atoll, a luxury resort in the Maldives, Swimsol installed the world’s largest floating solar system to power the resort with solar energy. With the technology still proving to be quite capital intensive, t development finance institutions (DFIs) have been leading the charge  in financing floating solar projects he European Bank for Reconstruction and Development (EBRD) supported 12.9 MW floating solar PV farm in Albania, and the Asian Development Bank (ADB) provided a $37 million loan to provide a large-scale floating solar PV in Vietnam.

Bioenergy refers to electricity and gas that is generated from organic material that makes up plants, known as biomass. According to the IEA, modern bioenergy is the largest source of renewable energy globally, accounting for 55% of renewable energy, which shows its promising role in the energy transition. According to the Agency, we should expect to see an increase this year in projects featuring new methods of converting biological matter into energy, as well as practical applications.

To scale up the deployment of key bioenergy applications, a report, published by the International Renewable Energy Agency (IRENA), highlights the significance of a policy framework that includes sustainability-based target setting and long-term planning and cross-sector coordination for bioenergy. he IFC’s guide for developers and investors describes the necessary steps in the development of a biomass-to-energy project. It’s a practical tool to assess the technical and financial feasibility of the different biomass-to-energy options.

How is the technology already being applied? A great example of bioenergy use is Heineken Cambodia, which launched the country’s largest biomass plant in Phnom Penh for its brewery operations. The plant can generate 11 megawatts thermal (MWth) power and uses 45 tonnes of rice husks a day for the purpose, contributing to Heineken’s goal of achieving net zero emissions by 2030 in their production facilities. Another example of a project led by the Baltic Sea Action Group plans to convert toilet waste water discharged from cargo ships into biogas fuel for heavy transport, preventing decrease of the nutrient load on the sea.

SDG-compliant technologies provide innovative solutions to many challenges we face today. Here’s to hoping that these pioneering technologies continue to scale, leading the way for a sustainable energy transition!